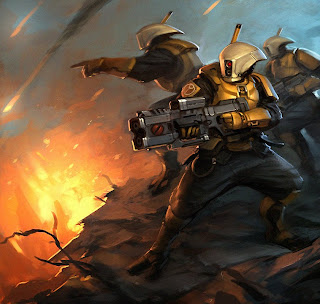 So: Tau.  I’ve been thinking about them.
I’ve taken some folks’ advice and juggled the lists around a bit.
(lists go here)

Surprisingly, kind of a lot.
My plastic Tau infantry is all fully painted.  I’ve never had much success stripping plastic.  So, I’d have to buy the Fire Warriors and Kroot from scratch.    I’ve got an unreasonable number of unpainted, but assembled Crisis Suits… which would be great except my plans call for heavy conversion of the XV8s.  So, them, too.  I’ve got a primed Hammerhead I could use… except I didn’t know what the hell I was doing when I put it together… so it looks okay, but not great.  Plus, I have notions of not putting the doors on them and having smooth sides instead of hatches on the tank that has no transport capacity.  I need more Broadsides, and have decided to go with the Forgeworld ones because they’re much nicer and cost something like $2-$3 more than GW ones.

What do I have?  A ton of XV15 suits, which I like just as much as XV25 suits… maybe a smidge more.  I’ve got a couple of metal Pathfinders, but not enough.  I might just convert them from Fire Warriors.  I’ve certainly done it before.  I’ve got a primed Devilfish I might or might not use: conversion’s not necessary here.

I also have the resin, ready to go.  So, that’s the Barracuda and the Remora Drones.
The current plan is to put them all on Dragonforge Lost Empires bases.
Because my brain works like that, I’ve dumped all of this into a spreadsheet that tells me all of this (if I don’t reuse the Hammerhead and Devilfish), I’m looking at ~$350.  Ouch.  I mean, armies aren’t cheap, and I’m certainly at peace with that, but that’s kind of a steep ticket for an army I already have. 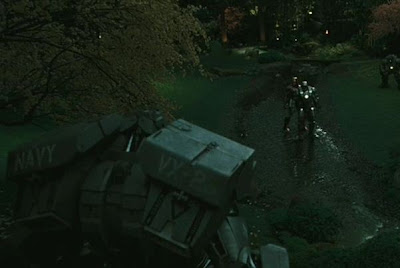 What does this mean?

I’m going to tinker with paint schemes.  I’ve got a a mini assembled and ready to go for this. 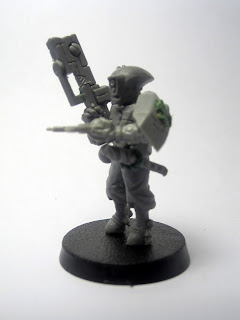 If and when I get something I like the look of, I’ll assemble and paint the Forgeworld stuff and play with what I have: most of it the existing stuff.  If I decide I like things, I’ll probably slowly replace units.  It’ll be unit by unit… I just can’t swallow dropping that much on a new army I already have, you know?
So, this will be something approached in the long-term.  NOT a buy-it-all-at-once, paint it over 3 months project.
On thing I am excited about is that I’m talking to the awesome Thomas Wynn about the feasibility of cutting out some alternative sept symbols.  I’d like to replace all of the T’au symbols with symbols from Elsy’eir symbols: 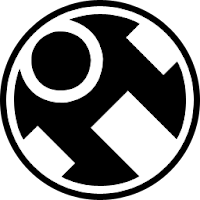 You can see an attempt at doing this with greenstuff on the mini above.  If that isn’t proof that I’ll have to do this with plasticard and not greenstuff, I don’t know what is.