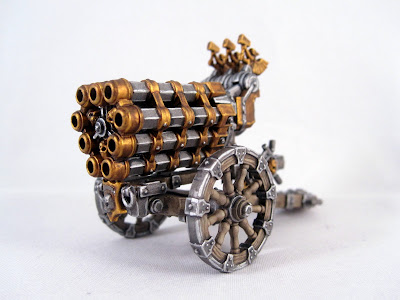 I’ve been keeping myself relatively busy with hobby stuff: painting an endless parade of Halberdiers, wrestling with the new GW paints (which are overall pretty good, but change is dang frustrating), and putting models together.

What I haven’t been keeping up with is photographing that stuff and posting it here.  I haven’t been too bad about getting stuff up on Twitter, but that’s not the same (and it’s never up in time for #MiniatureMonday).  So, here’s a quick catch-up post.

Just over the past couple of days, I knocked out two Great Cannons and a Helblaster Volley Gun.  The crews will follow at some point: they’re extremely low-priority, and I’m hoping inspiration for a scenic base will strike. 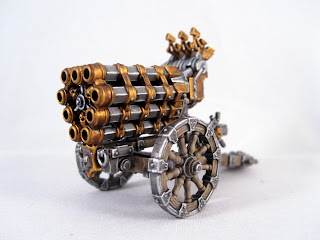 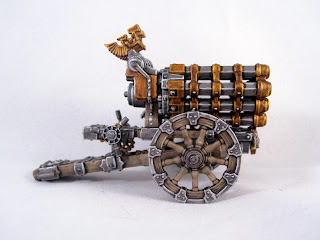 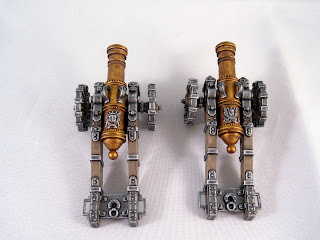 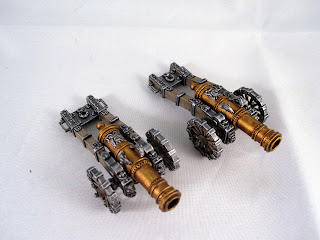 Some other club members and I finally got around to splitting a box of Demigryph Knights, which meant I could assemble my fourth. 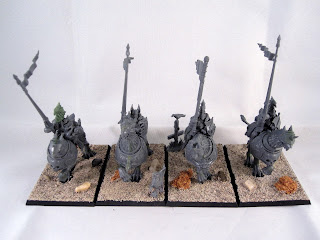 Just looking at them, it’s clear the Musician’s lance needs to be repositioned; the glue’s already drying.  After I finish the first block of Halberdiers, these guys will probably be next.