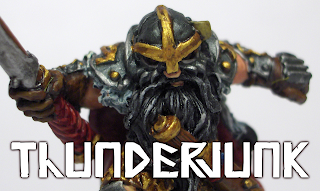 I’ve assembled so many minis over the past two weeks, I’ve honestly lost track of what I’ve done. I’ve picked up a few things, which hasn’t helped. At this point (now that my Corsair Arbalesters have come in), all I’ve got left are 12x Corsair Arbalesters and 16x Corsairs. That’s it!

Painting’s been slow going, however. I’ve made slow progress on a company of Haradrim, mostly a combination of life keeping me busy and it just being harder to paint 8 guys instead of 4.
On the bright side, I did paint up a mini for my D&D character (though for a game that’s ending in 0-2 sessions): Vladimir Thunderjunk, Dwarven Fighter. 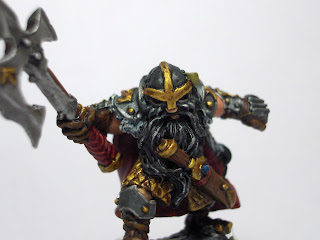 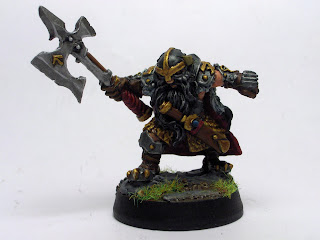 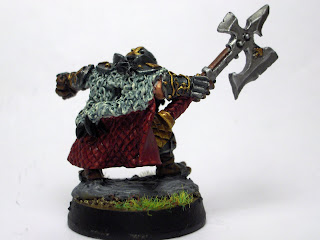 I’m very happy with the tone of the armor, which was a mix of Chainmail, Black and P3 Coal Black. It’s got a nice, dark green/blue color to it. The base is a little uninspired, but it’ll do. There’s a magnet beneath the thin, flat rock in front of him: not sure if I’ll ever want or need to magnetize a status marker or anything, but I figure it can’t hurt to plan ahead.