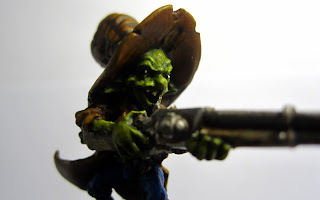 As I mentioned last time, Bill put a bug in my ear about a Malifaux event in January.  (Seeing, now, that it’s 1/8, I’m less confident about actually making it, but that’s beside the point).

I haven’t touched or thought about Malifaux in a looong time.  It’s not a fundamentally bad game or anything (though their tournament format is idiotic); I like some of their minis (but not others).  Honestly, I’ve had Rising Powers since shortly after it came out… and haven’t been able to muster the energy to read it.

Ultimately, it just seems like so damn much work.

But, hey, I’ve got a bunch of minis for it (the Criid starter and a lot of the Gremlin stuff), so why not?

Sounds good enough to me; I can count the number of games of Malifaux I’ve played on one hand.  So, I’m painting that up.

I just finished knocking out the Bayou Gremlins, all seven of them. 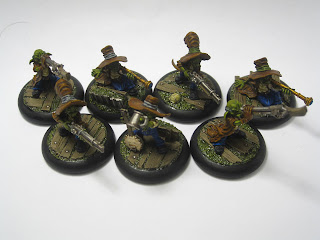 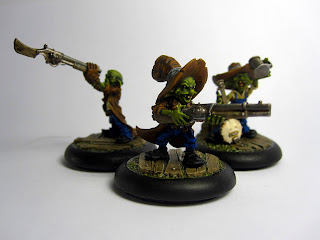 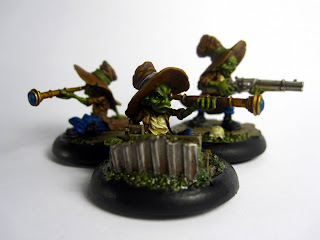 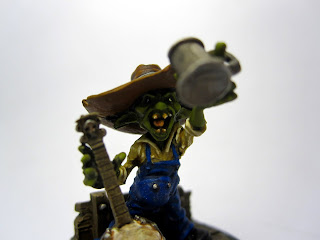 I’ve got a good start on the characters.  Hopefully, they’ll truck along at a good pace. 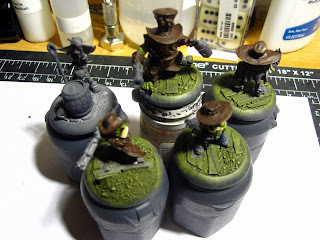 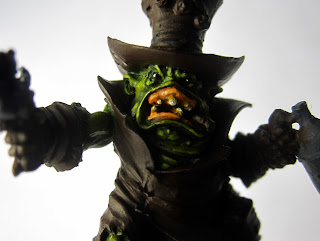 Finally, it appears that they don’t have a model for the Slop Hauler.  Normally, this sort of thing doesn’t bug me too much: no model means an opportunity to make a model, right?  Except exactly how much effort do I want to put into building a model for a game I don’t really play?  Not much.

Fortunately, I didn’t have to.  A leftover Bayou Gremlin, an Ogre Kingdoms barrel with a bit of greenstuff and a paperclip with a bit more greenstuff was all I needed. 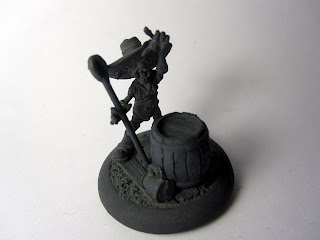