I know this is a bit late, but you all forgive me, right?

I’m going to drop some charts: I won’t dwell on them too much, since I covered a lot of this back in October. 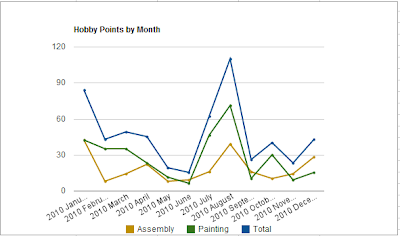 The year started out on a great note: it saw a ton of hobby activity at the top the year as a churned through Daemons and then really peaked again in late summer as I found steam with my Skaven.

I remain quite proud of the fact that I knocked out a 2,000 point army in three months.  That’s a big achievement. 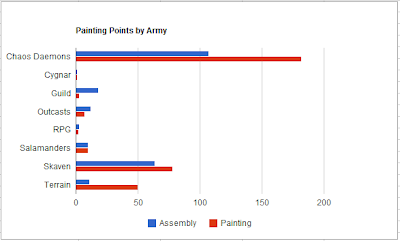 This was clearly the year of Khorne. 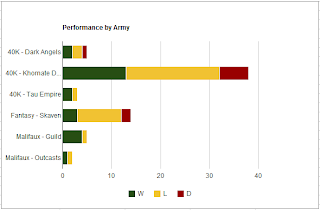 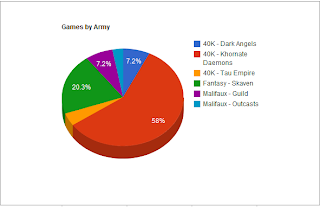 Similarly, most of my games were with the Daemons, with Skaven a somewhat distant second. 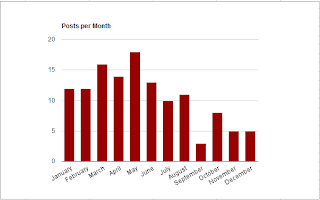 Things have dropped off here quite a bit: from an average of 14 posts a month at the top of the year and dropping to an average of 7 at the bottom.  Since I did less (thanks, real life!), I posted less.  That’s understandable.

While I won’t post for the sake of posting, I think I’m going to try to bump my posts up above the five or so that they’ve been at.

Visits to the site have slowly and steadily increased.  I’m pleased by that.  I’m not in any blogrings save FTW, so I don’t expect it to rocket up, which is fine.  I actually broke 100 visits a day (often pushing close to 200 when I did) a couple of times: once in March (pictures of the new Tau Stealthsuits), May (Tau thoughts?), July (my Warlord, who went on to do so well in the Golden Daemon), August (a Skaven list and NoVA Open comments?) and October (Khornate Chariots).

High traffic isn’t a goal, here, but it does make me feel good about myself. :)

This time, last year, I set some broad goals for myself:

Last years’s goals were pretty solid; I don’t think I need to change them a whole lot.  I’m adding a couple, though: