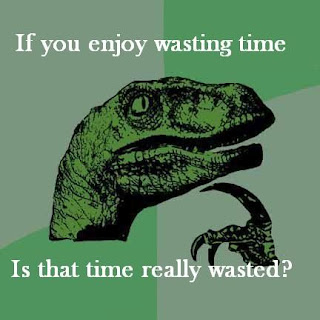 Now that I’m back from vacation, I’ve got a few random things to flush out of my head in hopes of making way for a return to more regular posting:

Although I won’t be able to participate in the NoVA Open, I will be helping set up (and will possibly be helping break down).  That also means I’ll be kicking around the activities on Friday evening.  I’ll have my Khornate Daemons with me, and will have a hunger for carnage.

The Iron Fist League doing Rapid Fire at Games Day again.  I probably should give this it’s own, full post, but in case I don’t… better to touch on it here or not at all.

It’s an adaptation of the format we’ve used at Game Vault for two years, jiggered to make it easier to build lists without much prep.  500 point games; as many as you feel like playing.  No commitment to spend your day stuck in games… just the opportunity to play some quick games and break up your day.

We’ve dragged our heels a bit on getting the rules out: the 40K army construction rules are unchanged from last year, but with the new edition of Fantasy, we’ve hemmed and hawed about construction rules for that quite a bit.  It looks like those have mostly cleared up, though.

It was an immense success last year, and I hope it’ll be one again this year.  Make sure to stop by and say hi and maybe get a game or two in!

That they didn’t have the rulebook ready killed it, I think.  We’ve known that it’s been translated for a very, very long time (the translator is active on RPG.net’s OGO board), so there’s really no excuse.    That the game wasn’t launched at Gen Con means that Malifaux will continue to pick up steam and not really leave much room for Hell Dorado.

Speaking of Malifaux, while I haven’t been doing much with it since 8th came out, I had planned on picking up the new book and gremlin stuff.

Then I took a look at the Ophelia spoilers and it pretty much killed any enthusiasm I’ve had for the game.    It’s just so much crap to learn and memorize.  I don’t think I want to get stuck in a cycle of having to learn 18 billion new rules every year (see above comment about an evolution into overcomplicated mess).  Too much to have to keep up with.

I mentioned on my Twitter (something I think I’m going to try to use a bit more) that I might be done with hobby podcasts.

I’d only started listening to them because my friends had started one of their own, and I figured I owed it to them to show them a little support.   That lead into listening to a few other podcasts, specifically The 11th Company and Dice Like Thunder.

DLT cheesed me off when they started talking tough about soft scores in tournaments.  Besides being Wrong, when you’re not involved in tournaments, you don’t get to speak authoritatively about what works and what doesn’t work with tournaments.  You literally don’t know what you’re talking about.  That, followed by “tactical advice” based on misunderstandings of the rules was enough to convince me my time could be better spent.

The 11th Company’s interview segments are, I think, extremely interesting, but the codex countdown stuff doesn’t work for me.  And, for some reason, I’ve been having a really hard time keeping up with it.

The only podcast I’ve kept up with is, understandably, The Gamer’s Lounge… and I turned that sucker off on the drive into work yesterday.  I expect Jay to occasionally wade in the Sea of Unreasonableness, but Bill really went off the deep end over the Throne of Skulls thing.  After the third or fourth, “Really?  Oh, come on,” that would never be heard, I decided it was too much annoyance for a Monday morning commute.


It’s possible that this is just a bad aspect of the meta-hobby for me to “participate” in.  “Participate” gets the scare quotes, because it (listening to podcasts, at least) is really a passive activity: just sitting there, listening to some dude spout off about whatever.  If I agree with them, I gain nothing… because I already agree with them.  If I disagree, nothing happens.  They just keep talking…  I think I’m too opinionated to for this.

So, some time off.  Maybe I’ll come back to them.  Maybe not.

I think that’s all the kruft rattling around in my head for now.  I’ll have to get a painting progress post up soonish, since I spent a good chunk of my vacation painting Skaven.  I also should do some rumination about Golden Daemon: I’ll be putting some things in, but I don’t expect any of it to go particularly far this year.