I’m doing a few things with this Empire army that I haven’t really done with earlier armies.  I’ve been meaning to throw together a post about them for a while now.  Behold!  I’ve finally gotten around to it! 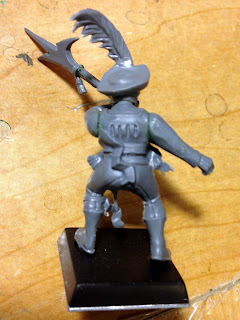 Obviously I’ve filled gaps in my minis previously… but with rank & file and on certain joins it’s unnecessary.  This time around, I’m using some thinned Liquid Green Stuff (LGS) to smooth over dang near any join where it’d be appropriate. 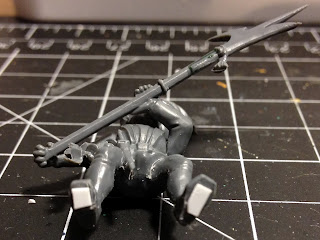 I’ve read before about why it’s important to put your models’ feet on some plasticard, so they appear to be standing on the terrain on your bases, rather than in the terrain.  I’m using 2mm thick plasticard.  For the most part, this hasn’t been a problem, though on a few models the contact points are small enough that doing this hasn’t helped much.  I’m hoping that basing will help with that. 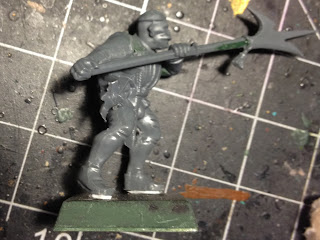 I’m a strong believer in gluing metal bits to your bases to give your models weight and stability, as well as making your movement trays less dangerous.  (I hate when I pick up a tray, something slips, and models go everywhere.)  I just glue the weight to the base.  This time around, I’m using LGS to smooth out any transition or gap between the base and the metal.  This should make the base look sharper. 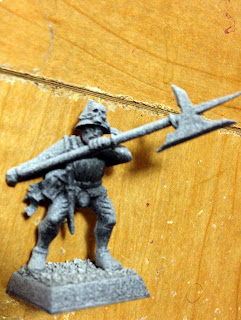 I absolutely get the theory behind it, though I expect that I slap enough paint on my models to Defeat The Purpose.  Still, it’s negligibly easy to do, and helps make details stand out…  and it’s entirely possible it does make some difference.