This was a solid, busy, productive weekend.  Not entirely as productive as I’d have liked, but I’ve no complaints. 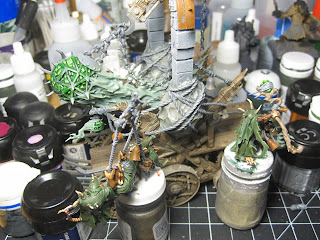 Made a great deal of progress on the Plague Furnace.  I’m now profoundly angry at myself for gluing this f’ing thing together.  UGH.  This thing would be a pain in ass to paint even in subsections. 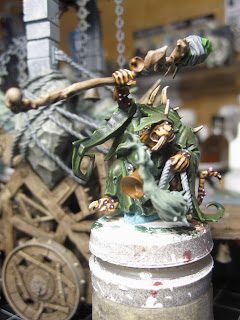 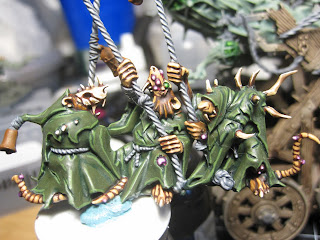 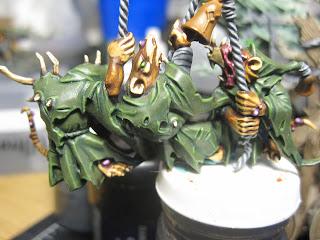 I’m fairly close to being done with all of the non-metallic stuff: need to finish the ropes, do some cloth and then finish basecoating where I’ll be painting gold.

While working on the Furnace, I realized that while I have a Plague Monk Standard Bearer, he doesn’t fit with any of my other standard bearers.  So, I threw a new one together: 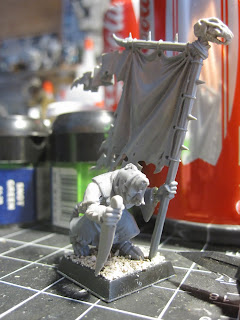 I also got an early start on errands and chores Monday morning, and swung by Home Depot while doing it to pick up what I need for some display boards.

I’ll be putting my Daemons into the Armies on Parade next month, and there’s an annoying requirement that the display board be 2’x2′.  My display board is more than 2′ by less than 2′; so I’ve got to make another.  Very annoying.

Also, I’ve got to build one for my Skaven.  Might as well kill two birds with one stone, right? 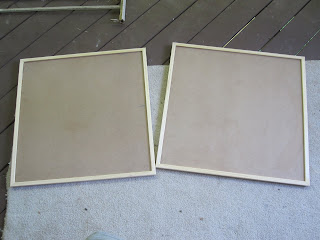 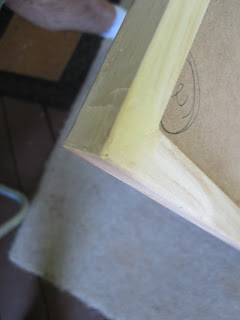 The first one of these guys came together with a few false starts, but the second one didn’t take me any time at all.  I think they look really sharp: I’m looking forward to moving forward with them.