Things have been quiet ’round here, but I’ve been extremely busy over the past two weeks. 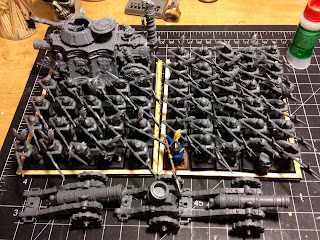 So, yeah.  Lots more to do before I can start fielding the army without proxies, but this is a solid start.
What’s interesting is how different assembling these guys is from the Skaven.  There aren’t many pieces (which is great), but I’ve got to put a lot more effort into assembly and gap-filling. 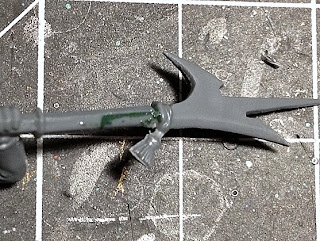 The halberd/spear design’s quite clever… but as often as not there’s a clear seam (or worse, a gap) between the halberd head and the haft.  So, I’ve been doing two passes of liquid green stuff (apply, dry, clean, repeat) and then some superglue over it.  The results are just fine, but it feels like a lot of work.
Also, I need a lot more practice getting the arms to fit against the torso. 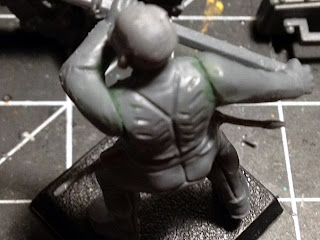 Sometimes, it’s a non-issue.  Other times, there’s mad gap-filling to do.
Anyway, mostly, I’m just getting used to assembling new miniatures, trying to get it out of the way, and trying to do it without it feeling like a chore.  I really do like these models: they’re characterful, floofy, and in desperate need of good orthodonture.