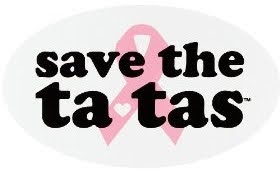 Frank is running a tournament mid-March (3/20) called “Battle for the Cure.”  At the same time, we’ll be running a silent auction, auctioning off various donations.

Tournament fees and the proceeds will go to sponsor fellow IFL’er Bill Donovan’s participation in the Susan G. Komen’s Race for the Cure.  He’s been doing it for years, but this will be our first year doing something organized to support him.

Breast cancer’s very recently touched my family: my mother’s spent the better part of last year fighting it (and beating it)… so it’s something that I’ve been pretty cognizant of, lately.

I’ll be donating to the auction: I’ll paint a squad of ~10 models for the winning bidder.  I’m not the best painter in the world, but I am a Golden Daemon finalist, so I think that should be worth something.  (I’m a little tempted to make a high bid for my own services: I don’t particularly enjoy painting for other people :) )

Of course, this is further motivation for me to have my army nicely and completely painted in time for the tournament, so I can point to it.  “See, I’m a good painter.  You should spend money on boobs and, in doing so, get a nicely painted squad.”  Given that the tournament is one week after my previous target date, that should be doable, but it’s a 2,000 point tournament.  So, one more week… but 150 more points.

Anyway, if you’re in the area (within driving distance of Fredericksburg, VA), you should check it out.  It should be a lot of fun, and it’s for a very good cause.  More information about the event can be found on the IFL Forum or on the Game Vault Forum.