So, I ordered/dug up a bunch of junk to build/convert some Ork Warbuggy models that would have a better cost/appearance ratio than the GW models.  I finished throwing everything together over the weekend. 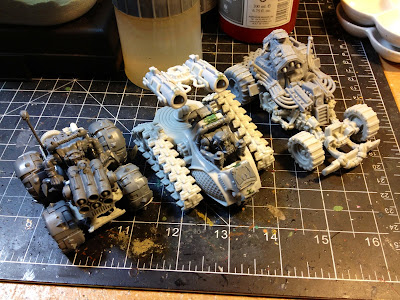 First up is the Mantic Marauder Quad Raptor. 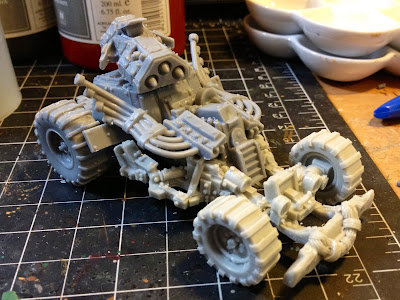 I didn’t do anything fancy with it: I just put it together.

On the one hand, it went together fairly quickly, is cheap, and will work just fine as a buggy.

On the other hand, there were zero instructions with it (I literally snapped a piece of resin trying to just figure out how to dry fit everything together) and it’s got some fairly dire casting quality. This is bad-Finecast-level casting here, guys.  Also, I’m still unclear where the engine contacts the rest of the model. I had to give up, glue my best guesses, and hope for the best.

The regular Raptor won’t have any resin, which is a good thing, IMO, and would probably work just as well. 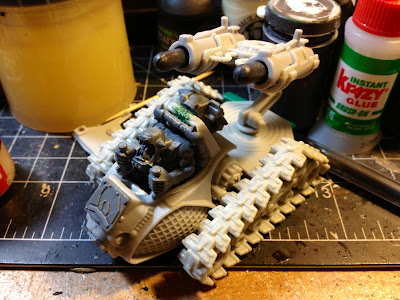 The conversion’s nothing to really write home about: it’s the Orky equivalent of “Put a Bird on It,” but I guess that’s okay. At $5.80 a model, plus the cost of bits, it’s okay for this thing to not look amazing.

Finally: the Warlord Jeep.  I’d said yesterday that it was a mistake, and it was: 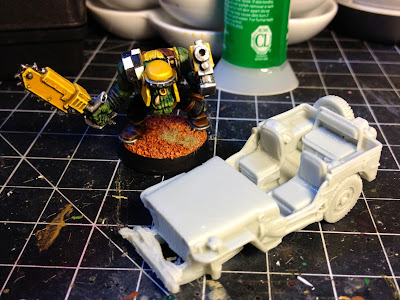 Given that I was looking for 28mm plastic vehicles, I have no idea how I ended up with a 15mm resin jeep.  I’m going to blame the Warlord Games webstore for that. Every dang item should make it clear what material and, more importantly, what scale the model is in! 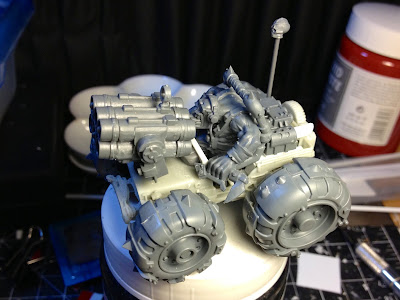 Lots of clipping, sawing, slicking (and regluing of shattered resin), followed by some drilling and plasticarding and bits box digging and I ended up with this thing.

Although it’s the only option I would vigorously not recommend, I’d be lying if I said I wasn’t the most pleased with it.  It’s like an Orky Power Wheels with poorly placed missile launchers.