I’m going to take a moment to shill for some friends: 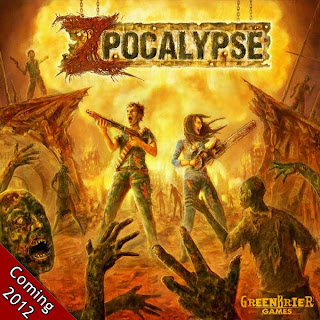 Zpocalypse is a competitive/cooperative zombie survival boardgame some good college friends of mine.  It’s got a Kickstarter that is blowing up: it’s more than doubled its goal and has a month left.  I haven’t had the chance to play it yet (they’re up in Massachusetts and I’m in Northern Virginia), but that will likely change mid-April.  It’s blowing up on BGG, and folks who have had the chance to play it have good things to say about it:

So, if you’re into boardgames, zombies, or both: be aware of the game and check out the Kickstarter.

Speaking of living in Northern Virginia: something I’ve been remiss in noting here* is the DC Geeks blog that (another set of ) some of my friends run.  It’s dedicated to tracking, advertising, and documenting geeky things in the DC/NoVA/MD region.  This ranges from roller derby to video game art exhibitions to LARPing and on.  I’ve tried to keep them hip to local wargaming events, but not methodically or regularly.  I probably should change that.

If you’re nearish to the nation’s capital and are into the sorts of things that would be featured on a blog about geekery in DC, you should check them out.

* Negligence?  Or deliberate snubbing over not being interviewed as the region’s preeminent expert on piles of Warpstone? Jerks.