So, I got my Dreamforge Games Kickstarter reward in the mail on Wednesday.

I’ve gotten a couple of Kickstarter rewards so far (though, let’s face it, not as many as I should have by this point :cough:) and to be frank… as excited as I’d been about most of this stuff while pledging, I’ve been less excited about it when it showed up. I can’t muster the energy to assemble (forget paint) Sedition Wars. I’m debating eBaying my Mantic Orcs. The Red Box stuff’ll come out eventually.

For some reason, I wasn’t super-excited about the Dreamforge stuff when pledging; interested, but not pumped.  But, when it got here, I couldn’t wait to open it up and start putting it together.

Anyway, y’all don’t care about that.

I did some Twitterin’ about it as I went through the unboxing/assembly process. Might as well repeat it here. 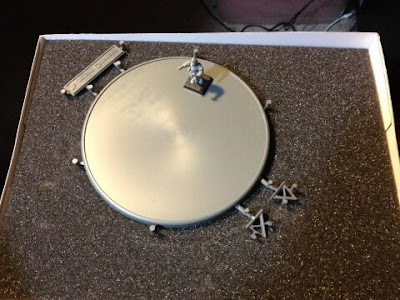 That’s a pretty dang big base. Still need to figure out what I’m going to do with it in terms of terrain/decoration, etc. 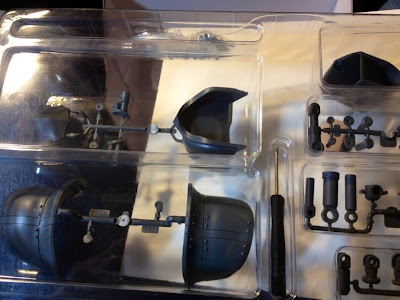 On digging through the box, I noticed it comes with a screwdriver. That means it’s not a model, it’s a frakking Ikea kit.

That said: the screwdriver really kinda sucks. I don’t advise you using it; grab a different, slightly larger screwdriver and use that instead. 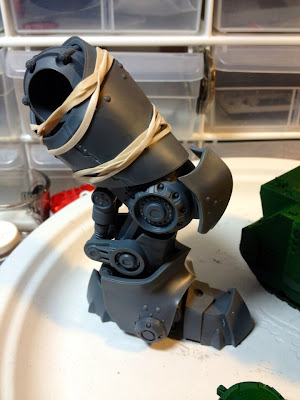 Mark’s aware of the instructions being imperfect, and has posted some updates.  Unfortunately, the Leviathan Crusader updates only address where the flat-out wrong piece numbers are used. They don’t really address the skipped steps.

Unfortunately, momentum carried me through assembly without thinking to take pictures or note the missing steps. If I had a second, I’d do that… but I don’t so, c’est la vie.  If you take your time, dry fit your pieces and then look at what the model’s supposed to look before you start the next step before you glue anything into place, you’ll be okay.

UPDATE: Updated instructions (that hit the missing pieces) can be found here. 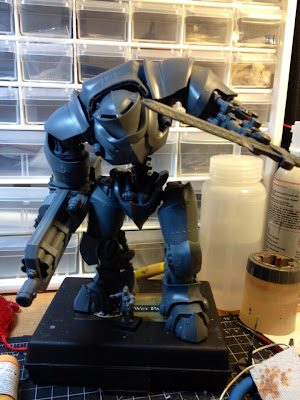